The Ruby programming language, known primarily for it’s strength as a web platform, has a growing list of useful packages for scientific programming, visualization, and data management.

Use rbenv to setup a personal Ruby environment

The cluster provides Ruby 1.8.7, the default install for CentOS 6. If you’d like a new version of Ruby, or would like to install additional gems, a self-contained environment can be constructed using rbenv.
First, install rbenv and ruby-build in your home directory and enable it. From the website: 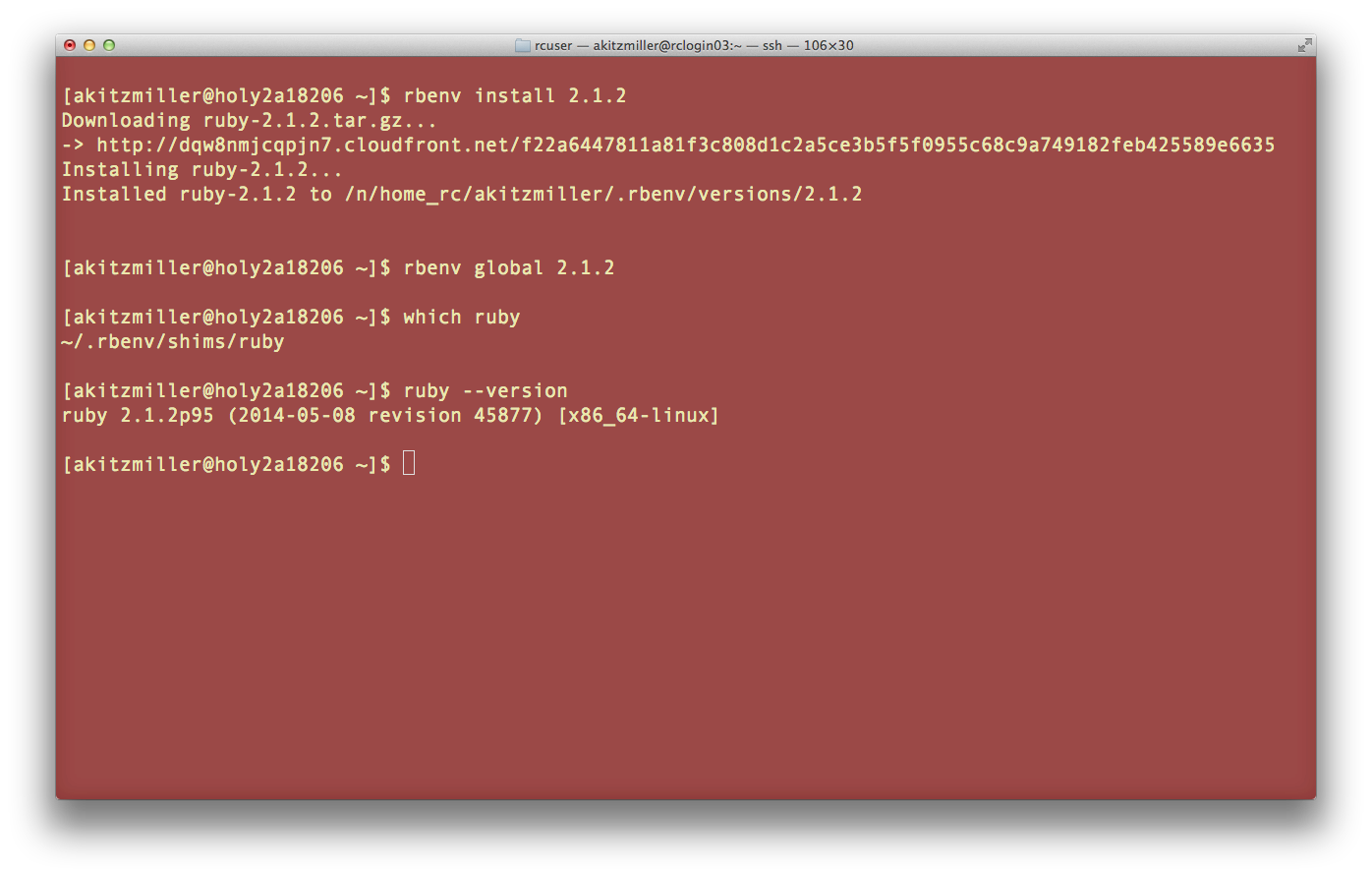 Use rbenv to install a new version of Ruby and activate it
The rbenv global command can be used to “activate” your new Ruby install so that it operates as the default. This setting of the “global” Ruby will persist between sessions; you do not have to set this in your .bashrc. It can be overridden temporarily or on a per-directory basis.
Once you have the version of Ruby you would like to use, you can install any Ruby gem that you find useful.